Iboga Plant: History of Use

What is Tabernanthe Iboga Plant?

Tabernanthe iboga is a small perennial shrub native to West Africa and used for both medicinal and traditional purposes. Its root which contains hallucinogenic properties is a sacrament for the Bwiti and Fang in West African countries like Gabon, Republic of Congo, and the Democratic Republic of Congo. The Iboga plant has small green leaves, yellowish-white or pink flowers, and round or oval fruits which are orange in color. On average, its height is 4 meters tall, though it can eventually grow up to 10 meters in some very favorable conditions and environments.

Tabernanthe iboga grows in lowland tropical forests, having moist soil in partial shade as its most preferred environment. It can be cultivated on light, loamy, and clay soils. If produced from cuttings, the shrubs can start flowering 4 months after planting, and as an evergreen shrub, iboga plant often produces fruits all year round. It has around 20 known naturally-occurring alkaloids in its leaves, stem bark, seeds, root, and root bark – with its root bark having the highest concentration of alkaloids.

The Traditional Use of Iboga by Bwiti Practitioners

The Bwiti, who consider Iboga their main sacrament,  have protected and worked with it for thousands of years. This started with the Babongo (also known as Bongo or Pygmies) who created Bwiti, which is now practiced by many throughout west Africa. Among other things, the Bwiti people use the Iboga plant to help with pathological problems, usher in adulthood, stabilize their community, and promote spiritual growth. One major highlight of Bwiti is the initiation ritual when young men and women are given high doses of iboga in a sort of “coming of age” ceremony.

The initiation and other Bwiti ceremonies are usually led by a shaman who is a prominent, highly respected member of the community. Bwiti spiritual leaders are known as N’ganga and are highly knowledgeable of the various aspects of the Bwiti, including botany, physical healing remedies, and spiritual healing practices. After taking iboga, people often experience an introspective mindset, which helps in recollecting past experiences and addressing them. It also opens a channel of communication to seek information on various issues, from their ancestors and the spirit world. During Bwiti ceremonies, a large amount of iboga is taken in different forms. Its various parts could be eaten whole or taken as tea. Though the use of Iboga in Bwiti practice started from the Babongo and the Bwiti, it is now also being used by other African tribes including the Fang tribes of Cameroon and Congo who have merged Bwiti with Christianity.

The first use of iboga in the west dates back to around 1899-1900 when some French explorers learned about its effects from the Bwiti tribe and then brought it to Europe. Then it was marketed in France as Lambarene and used as a stimulant. However, Iboga’s popularity in the western culture rose to prominence in 1962 when Howard Lotsof, from New York discovered its anti-addictive properties. Lotsofl was a heroin addict and after ingesting ibogaine, he stopped using it and became free of heroin addiction without any withdrawal symptoms.

After their experience, researchers and health governing bodies started considering ibogaine as a possible treatment for drug addictions. In 1993, the FDA approved the Phase 1 clinical trial of an ibogaine study developed by the National Institute of Drug Abuse (NIDA). Though NIDA stopped supporting ibogaine research in 1995, the drug’s popularity had grown wide among drug advocacy groups and the public in the US and other countries. Though ibogaine is listed as illegal in many western countries, including the US, France, Switzerland, and Israel, people from these countries travel to other countries to participate in ibogaine ceremonies. Today ibogaine clinics can be found in countries like Thailand, Mexico, Brazil and South Africa. In 2009, New Zealand became the first country to accept ibogaine as a medication. Also, in 2017, Health Canada added it to the country’s Prescription Drug List (PDL), meaning ibogaine can only be gotten legally with a medical prescription.

Apart from its traditional spiritual healing effects, iboga plant has also demonstrated efficacy on various psychological and medical conditions. Its main property, ibogaine, is a psychoactive indole alkaloid that exerts its main effects on the cardiovascular system and the central nervous system (CNS) and effects multiple signaling pathways (Dopamine Transporters, N-acetylcholine receptors, Serotonin transporters, NMDA receptors). While we know from a Bwiti standpoint that Iboga is a powerful healer of many things, there have been several benefits proven by scientific studies like, Neuroplasticity, Improving Mood, Helping Trauma, and Treating Depression and anxiety. One exciting new finding is its effectiveness against neurodegenerative conditions such as Parkinson’s. Research shows that ibogaine leads to a significant increase in GDNF (a protein with an exceptionally positive effect on nerve cell growth) levels in the brain. In several animal studies, ibogaine caused significant improvements in animals with Parkinson’s disease, due to its ability to induce GDNF growth.

At low doses, ibogaine primarily releases stimulant effects, which increases alertness and reduces fatigue, hunger and thirst. Check out our article on Ibogaine’s Benefits from a Scientific standpoint here.

Its healing effects have also been tapped for detox of the body, detox from drugs, and mental detox. In iboga-assisted detoxification from substance addiction, people can be cured without having any withdrawal symptoms. After being metabolized by the body, Ibogaine is converted into a compound called noribogaine, which targets parts of the brain affected by addictive behaviors. Noribogaine will then rewire the affected parts and cause a self-restructuring process in the brain to a similar state it was before addiction was triggered. Ibogaine has a high 50-80% success rate on drug addiction detoxification, making it a more effective option than most conventional drugs.

Tabernanthe iboga is also an effective drug for the detoxification of the body. The latex obtained from the plant contains an anthelmintic property that can help the body expel parasitic worms and other internal parasites. It has also been used for ages for mental detoxification. Iboga plant can also be used to treat urinary infections, cough, conjunctivitis, and toothache.

Due to its high efficacy on various conditions, iboga has become one of the most sought-after plant medicines. While those who respect its sacred nature cultivate and harvest it with respect and care, some have begun to over-harvest it from the wild and sometimes uproot the plant. This has led to a growing concern that iboga may become endangered in the near future. Though its sustainability is not yet threatened it could become very scarce in the future.

From the ancient to modern era, iboga plant has helped people meet various medical, religious, and recreational needs. Its highly beneficial healing properties on the human body and mind explain its recent global popularity growth. And despite its exploits in modern society, iboga’s place in traditional practices, like Bwiti, remains vibrant.

To learn more about Iboga, Bwiti, Our Retreats or anything, please fill out this form and we will get back to you right away. 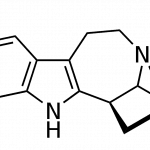 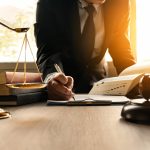