Most of Root Healing’s Iboga retreats are held in Chiang Mai, Thailand for many reasons. Chiang Mai is one of the most beautiful and spiritually charged cities in all of Asia. Chiang Mai is home to over 300 Wats (temples) and Monks in traditional orange robes can be seen all over the city and collecting alms in the early morning. Chiang Mai is also surrounded by green mountains that bring their own energy. Much of the architecture in Chiang Mai is done with the beautiful ancient Lanna design. Houses on stilts can be seen with triangular temple-like roofs and a spirit house in the front. All of these wonderful things play a part in making Chiang Mai a powerful environment for healing, particularly with Iboga.

Another really popular aspect of Chiang Mai is the FOOD! Wow, is it good! Chiang Mai is home to thousands of restaurants from all different culinary roots. Of course the Northern Thai food is the best in our opinion, but even good pizza can be found in Chiang Mai. For our Root Healing Iboga Retreats, the food will be both prepared by our local chef or brought in from local healthy restaurants. On the integration day, we will eat out at a restaurant together, as well. Lastly, we will always have choices for you at our Iboga retreats. Local organic food will be available, as well as nonorganic local favorites.

Chiang Mai is also home to many healthy activities to fill your day and help you to build better habits. Innumerable yoga centers are scattered throughout the city, some of the best in the world. Meditation centers can also be found all over the city, but we usually prefer to just go to one of the  Wats to join Monks in meditation. Massage parlors are on every street and one of our favorites has an herbal steam sauna too. Martial arts like Muay Thai are also very popular. Many of these are included or as an optional add-on for Root Healing retreats.

The day trips that are within an hour of our Iboga retreat center are fantastic. We will go to see some really awesome unique temples that are built in a cave,  or along a waterfall, one above the clouds, one covered in gold, and a tunnel-maze one. We will also be doing some light but stunning hikes on the jungle trails. We will see several waterfalls and go to what is known as the “Sticky Waterfalls,” which are something that needs to be seen in person.

Lastly, we like to recommend that our guests stay longer in the city after the retreat because it is such a laid back easy going city that it allows you space and comfort to integrate your Iboga experience after the retreat. You can eat healthily, have access to a ton of healthy activities, be in a spiritually charged environment with like-minded people who are the friendliest in the world. After a week or two in Chiang Mai, you can be ready to go back to the real world almost fully integrated.

Fill out this form to schedule a 30 minute call where I’ll answer questions and explain the process of a traditional Missoko Bwiti Iboga journey. 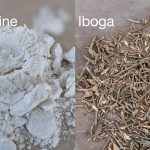 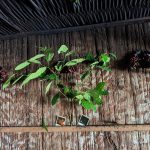